Add on Goodreads
Buy from: Amazon (UK) || Book Depository
What is This Book About?
Kyra grew-up on the streets of Forge and relies on her uncanny ability to scale walls and bypass guards. But when James -the leader of the Assassins Guild- offers Kyra a lucrative job, she may be thief but the idea of working for assassins makes her hesitate. Tristam of Brancel is a young Palace knight who has vowed to take down, the vicious warriors who ride bloodthirsty wildcats who killed his best friend.When a fateful raid throws Kyra and Tristam together, the two enemies realize that their best chance at survival—and vengeance—might be to join forces.
My Thoughts
To be honest with you this review is actually based on a re-read because I never got around to writing my review the first time I read it. When the sequel was released in paperback just the other week I decided I needed to re- read book one, and this time I have written down my thoughts!!
One of the main things that made this a 4 star book rather than a 5 star book, was the slow start. I felt as though things took awhile to pick up pace and it wasn't till Kyra and Tristian met 'properly' and started to interact and get to know each other that this started to happen. After this we began to get revelations and twists and turns that I couldn't have predicted - especially the first time I read the book ;).
There are quite a few potential love interest's but as the reader you kind of 'know' who Kyra is going to really develop feelings for. Although, nothing much actually happens between the two of them and I guess nothing is set in stone yet, so will just have to keep reading this series to know for sure on this point. I also enjoyed the female friendships that Kyra develops with some of the more secondary characters.
Looking forward to the next book, Kyra's life has been completely changed by the events of this book and I can't wait to see how she copes with her new knowledge and adapts to her new situation. I also intrigued by how some of the guild members are going to react to the events of this book.
This is a great foundation book for this series and I highly anticipate the sequels to see how the author develops these characters and expands the world.

Add on Goodreads
Buy from: Amazon (UK) || Book Depository
What is This Book About?
After the revelations in Midnight Thief Kyra -though she’s formed a tentative alliance with the Palace-  must keep her identity a secret or risk being hunted. Tristam has his own secret which creates a wedge between him and Kyra. But, as tensions rise within Forge’s Council, and vicious Demon Rider attacks continue in surrounding villages, Kyra knows she must do something to save her city. But she walks a dangerous line between opposing armies.
My Thoughts

I has similar issues with this book as with the first book in that I felt again that it took awhile for things to get going. I have to admit that the storyline for this book wasn't quite what I was expecting. I guessed that this book was going to be more a self-discovery-adventure for Kyra following the revelations of the first book. Although she does begin to look into her heritage and is slowly beginning to embrace this new side of herself I think there is still a lot for her to learn about her past and ultimately herself.

Although this book focused more on the politics of Forge rather than Kyra's personal story it was an enjoyable book. I wasn't glued to the pages, yet I still look forward to the next instalment in this series, where I hope we get to know more about Kyra's parents and we can see all these budding romances flourish. 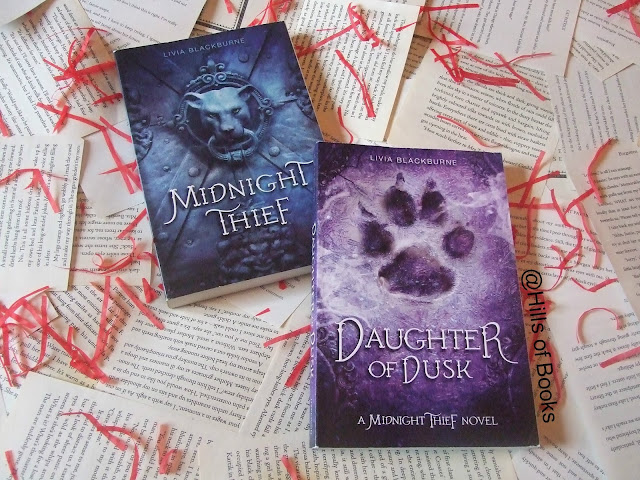