July seems to be another slow month of YA releases (at least ones that I am interested in reading any way). August is looking like a big one so I am mentally prepareing myself for the impact that will cause, but for now lets get on with the July Releases. 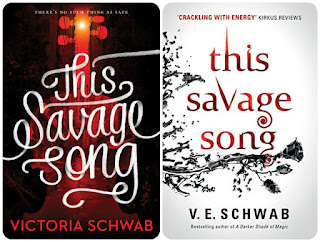 Synopsis From Goodreads
Kate Harker and August Flynn's families rule opposite ends of Verity, a grisly metropolis where violent acts summon real monsters: bloodsucking Malchai; clawing Corsai; and soul-stealing Sunai. The truce that keeps the families at peace is crumbling, and August is sent to spy on Kate. But when Harker's men try to kill her and pin it on the Flynns, August and Kate find themselves running from both sides, in a city where monsters are real...
***
The Killer In Me by Margot Harrison
Add on Goodreads
Release Date: July 12th 2016 by Disney-Hyperion
Buy From: Amazon (UK) || Amazon (US) || Wordery || Book Depository 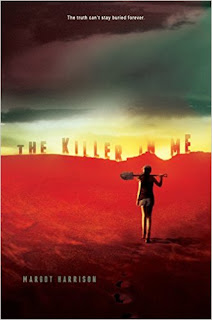 Synopsis From Goodreads
Hasn't he lived long enough? Why not? I could take him like a thief in the night.

This is how the Thief thinks. He serves death, the vacuum, the unknown. He’s always waiting. Always there.

Seventeen-year-old Nina Barrows knows all about the Thief. She’s intimately familiar with his hunting methods: how he stalks and kills at random, how he disposes of his victims’ bodies in an abandoned mine in the deepest, most desolate part of a desert.

Now, for the first time, Nina has the chance to do something about the serial killer that no one else knows exists. With the help of her former best friend, Warren, she tracks the Thief two thousand miles, to his home turf—the deserts of New Mexico.

But the man she meets there seems nothing like the brutal sociopath with whom she’s had a disturbing connection her whole life. To anyone else, Dylan Shadwell is exactly what he appears to be: a young veteran committed to his girlfriend and her young daughter. As Nina spends more time with him, she begins to doubt the truth she once held as certain: Dylan Shadwell is the Thief. She even starts to wonder . . . what if there is no Thief?
***
The Ballad of Allyn-a-Dale (Outlaws of Avalon, #1) by Danielle E. Shipley
Add on Goodreads
Release Date: July 12th 2016 by Ever On Word
Buy From: Amazon (UK) || Amazon (US) 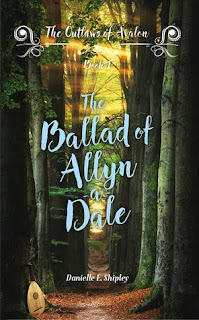 Synopsis From Goodreads
Welcome to Avalon, a Renaissance Faire where heroes of legend never die. Where the Robin Hood walking the streets is truly the noble outlaw himself. Where the knightly and wizardly players of King Arthur’s court are in fact who they profess to be. Where the sense of enchantment in the air is not mere feeling, but the Fey magic of a paradise hidden in plain sight.

Enter Allyn-a-Dale. The grief of his father’s death still fresh and the doom of his own world looming, swirling realities leave the young minstrel marooned in an immortal Sherwood Forest, where he is recruited as a member of Robin Hood’s infamous outlaw band. But Allyn’s new life may reach its end before it’s scarcely begun. Their existence under threat, the Merry Men are called upon to embark on a journey to the dangerous world Outside – ours – on a quest which must be achieved without delay, or eternity in Avalon will not amount to very long at all.
***
The Season by Jonah Lisa Dyer and Stephen Dyer
Add on Goodreads
Release Date: July 12th 2016 by Viking Children's
Buy From: Amazon (UK) || Amazon (US) || Book Depository 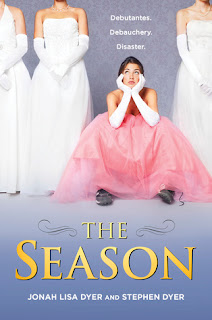 Synopsis From Goodreads
She can score a goal, do sixty box jumps in a row, bench press a hundred and fifty pounds…but can she learn to curtsey?

Megan McKnight is a soccer star with Olympic dreams, but she’s not a girly girl. So when her Southern belle mother secretly enters her in the 2016 Dallas debutante season, she’s furious—and has no idea what she’s in for. When Megan’s attitude gets her on probation with the mother hen of the debs, she’s got a month to prove she can ballroom dance, display impeccable manners, and curtsey like a proper Texas lady or she’ll get the boot and disgrace her family. The perk of being a debutante, of course, is going to parties, and it’s at one of these lavish affairs where Megan gets swept off her feet by the debonair and down-to-earth Hank Waterhouse. If only she didn’t have to contend with a backstabbing blonde and her handsome but surly billionaire boyfriend, Megan thinks, being a deb might not be so bad after all. But that’s before she humiliates herself in front of a room full of ten-year-olds, becomes embroiled in a media-frenzy scandal, and gets punched in the face by another girl.

The season has officially begun…but the drama is just getting started.
***

So there are the four books being added to my TBR pile from July's releases, let me know in the comments some of July's Releases which you plan on reading or the last book you added to your TBR.