The Winner's Curse (#1) by Marie Rutkoski 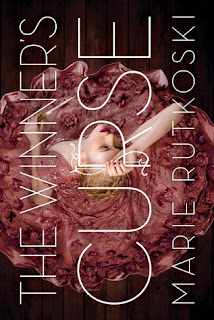 Winning what you want may cost you everything you love...

As a general’s daughter in a vast empire that revels in war and enslaves those it conquers, seventeen-year-old Kestrel has two choices: she can join the military or get married. But Kestrel has other intentions.

One day, she is startled to find a kindred spirit in a young slave up for auction. Arin’s eyes seem to defy everything and everyone. Following her instinct, Kestrel buys him—with unexpected consequences. It’s not long before she has to hide her growing love for Arin.

But he, too, has a secret, and Kestrel quickly learns that the price she paid for a fellow human is much higher than she ever could have imagined.

Set in a richly imagined new world, The Winner’s Curse by Marie Rutkoski is a story of deadly games where everything is at stake, and the gamble is whether you will keep your head or lose your heart.

I must be one of the last people to read this book, there has been so much hype around this series but now that the last book has come out I have decided to read the whole series this month – limiting waiting time / cliff hangers.
"Isn't that what stories do, make real things fake and fake things real?"
-Page 6
The first chapter is very good at showing the rebellious side of Kestrel’s character as she quickly disregards her father’s rules and the cultural norms for people of her class. There is also hint though out this first half that this isn’t just some teenage/ childish rebellion but something more.
One of the annoying things I found with the first half of this book was that there was slow revelations of the rules and history of the world. So, for example certain rules of the society are dropped into convocation but they were talked about as though the reader knew exactly what the rules were, (although all the characters in the scene would have known what they were talking about, so maybe this was to make it sound a bit more natural? But as reader it just made me feel a bit confused) then a few chapters later the rule is explained in more detail but I felt it was just a bit late. My second issue was the lessons which is part of her bargain (don’t bargains always make a book that little bit more exciting or is that just me?) seem to be more of a chance for the writer to share with the reader the military history of the city, rather than Kestrel actually leaning anything.
The romance in this book is amazing. I think this aspect of the book helped me over look the flaws within this book and made it such an enjoyable read. I first and foremost as I look back, I enjoy the full cycle in which the feelings (and situation) of the two main characters go - if you've read this book you will hopefully understand what I mean. There feeling for each other slowly grow -almost involuntarily which gives some quite mixed signals- and although they show that they care for one another it takes them ages to confess this to each other.  There was a point in the book where I was worried it was going to turn into a love triangle but I felt as though Kestrel made her opinions clear and it was just one of many barriers (that come in every shape and size) that the two main characters face (and will continue to face) before they hopefully get together.
Although we are repeatedly told though out the book that Kestrel’s strength is not in her weapon use but in her use of strategies, I was surprised at just how useless she seems to be with her weapons given that she has had so many hours of training (also with the Throne of Glass look-alike cover change I was expecting more weapon skills). We do get to see this strategic brain of Kestrel’s being put to good use several times. It is also the cause of that cliff hanger that has made me wait this long to read the book. It is just such a gloriously surprising but (of course) terrible cliff hanger and I can’t wait to read the next book.
***
What were your thoughts on this book?
or
Have you -like me- been waiting to read this? 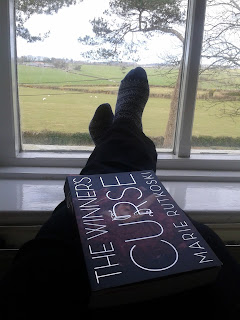