Prince of Shadows by Rachel Caine 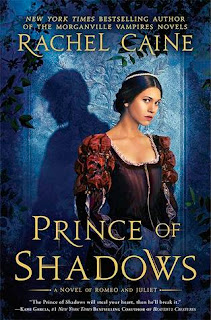 In the Houses of Montague and Capulet, there is only one goal: power. The boys are born to fight and die for honour and—if they survive—marry for influence and money, not love. The girls are assets, to be spent wisely. Their wishes are of no import. Their fates are written on the day they are born.

Benvolio Montague, cousin to Romeo, knows all this. He expects to die for his cousin, for his house, but a spark of rebellion still lives inside him. At night, he is the Prince of Shadows, the greatest thief in Verona—and he risks all as he steals from House Capulet. In doing so, he sets eyes on convent-bound Rosaline, and a terrible curse begins that will claim the lives of many in Verona…

…And will rewrite all their fates, forever.

I have read quite a few of Rachel Caine books in the past. I enjoyed all of her Weather Warden series and tried a few of her Morganville Vampire series. I have to say I have been avoiding picking this book up, with the line 'girls are assets' in the blurb and the book being from a male point of view in a male dominated and controlling environment I was worried that women in the book were all going to be delicate, pathetic and generally damsels in distress - I like my fictional females to a bit more kick ass. However, I found this book for 50p in a charity shop and thought that since it was so cheap I would give it a try since I enjoyed her other books.
My worry about this book being full of damsels in distress was quickly put to rest, as strong-willed women turned up at every turn, playing their own roles in the Montague/ Capulet feud. For Example: 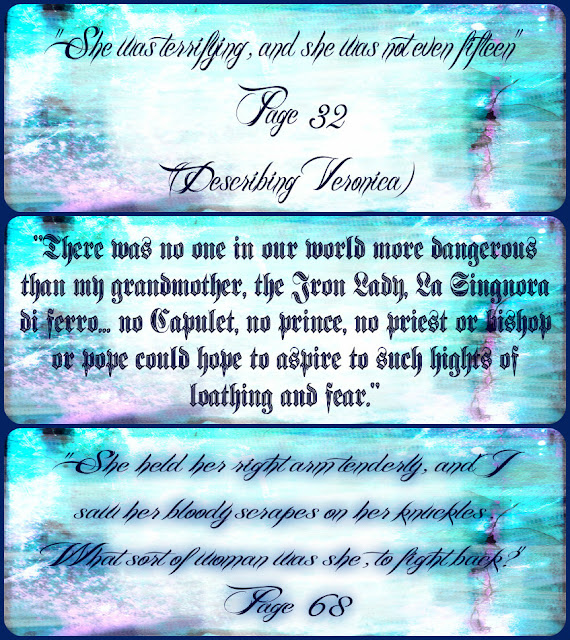 Anyway, putting my initial worries about this book aside, onto my thoughts on the actual book. The prologue was a great introduction to the prince of shadows (AKA Ben) and also shows us the situation of the two families. It also became clear in the first chapters where Romeo fit into the story and it was interesting to the 'traditional' Romeo and Juliette story for a different POV. It was also fascinating to read about the aftermath of the 'traditional' story (although side note; check out the trailer for Still Star Crossed. It is a completely different story but along the same-ish lines and is going to be an ABC TV show - it looks amazing and I am going to have to read the book for it at some point).
For me one of the best (and unexpected) focuses was that of the stigma and hostility towards gay people in this period of history. Both the physical and mental punishment for gay men was brutal and probably realistic. As well as the expectation to produce heirs and marry to keep the families honour and standings, which was always balanced on the knifes edge.
Overall, it was an enjoyable book which was easy to read and brought a new prospective to such a classic story. I like the thievery side to the story it add yet more adventure and made our main character just that bit more exciting. ﻿
by hills of books