This week Top 5 Wednesday (Goodreads Group ) is top 5 favourite maps. I have looked through all my fantasy books and have chosen 5 maps which are my favourite mainly because of the look of them rather than anything deeper than that. So I tried to put them into an order (1-5) and will show you a picture of the book as well as the map. I will also be linking the books Goodreads pages, it would be great to know what you all think if you agree/disagree, would  love to know what your favourite maps are. 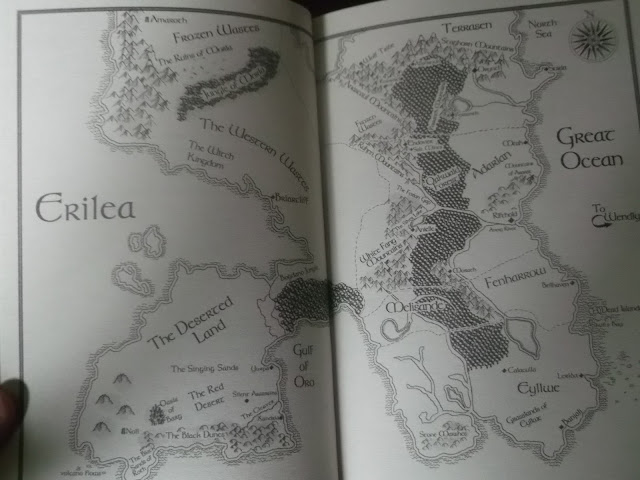 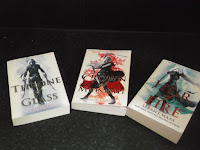 Throne of Glass series is currently one of my favourite series (Highly Recommended) and this map above just helped me to visualise the world better. It was especially helpful when I read the prequel novellas where the main character is sent on missions in different places and countries. 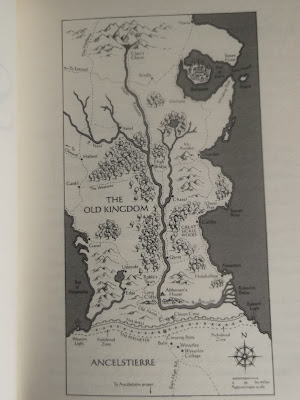 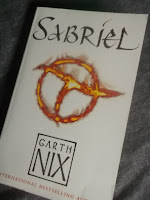 This map has made it up on this list as I like the colour contrast between the water masses and the land. (A poor reason I know but it looks nice, who can say no to a nice looking map?) 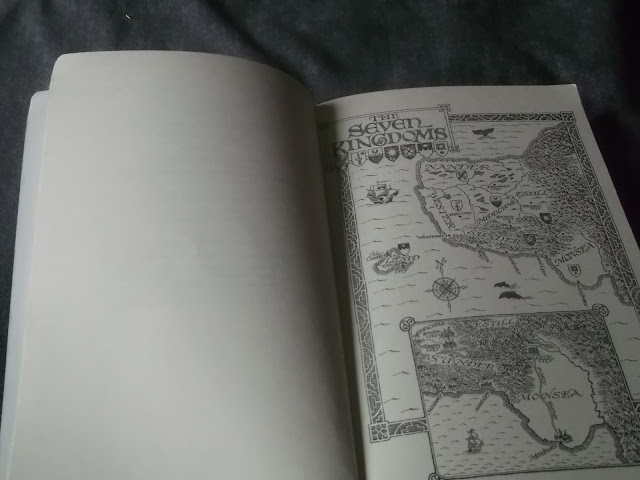 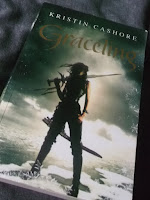 I think that the thing that draws me to this map is that it has the random picture in the sea, which reminds me of really old maps which have these as well. Though I do have to say that I am not a great fan of other versions of this map I have seen in for example Bitterblue, where they seem to have just simplified it too much for my taste.


2)The Gift - AKA The Naming (Goodreads Link) 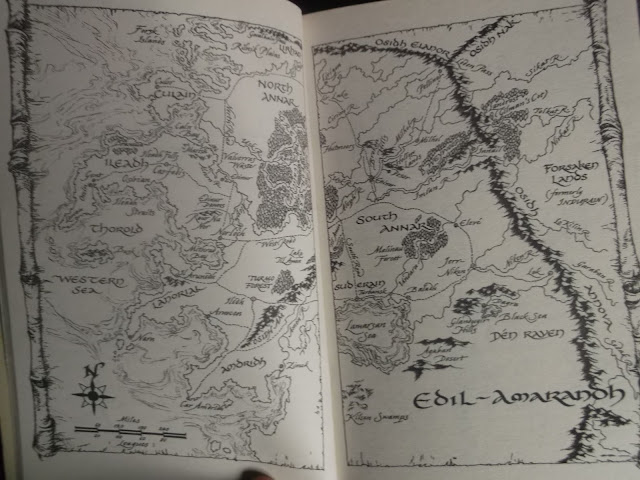 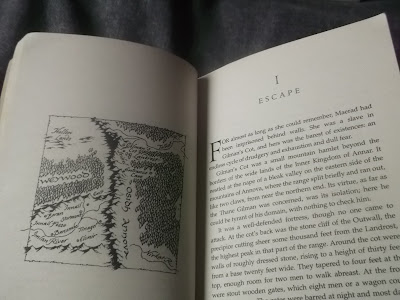 ﻿This is one of my long-term favourite fantasy books and the map really helped my to understand where the characters were traveling to and from, as there is a lot of traveling in this series. Also something I liked in the first book in this series was that there was a zoomed in version of the map, at the beginning of the different parts to show where in the world that part of the story was taking place.  (Check out my review here) ﻿﻿﻿﻿ 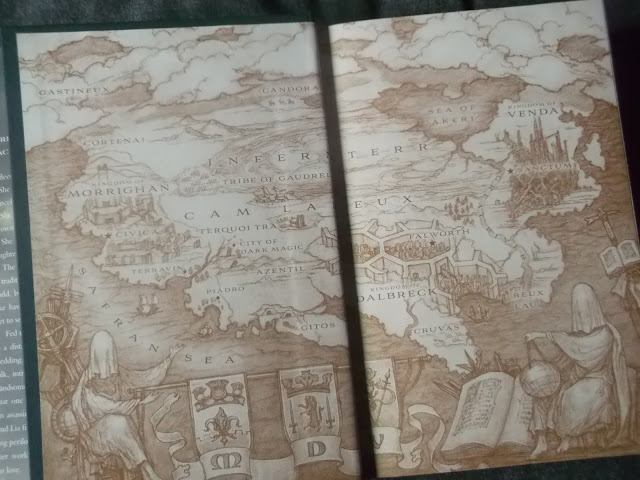 This book is just a beautiful book both inside and out, the cover is pretty the writing style is amazing. However in relation to the map and the reason that it is 1st in this list is mainly because I like the colour that the map has been printed in. I also like that we have the pictures around the edge framing the actual map and showing what I think must be the royal families emblems/coat of arms .