Hope and Red (Empire of Storms Trilogy #1) by Jon Skovrun 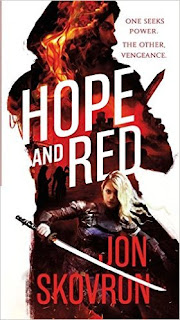 When a ganglord named Deadface Drem strikes a bargain with the biomancers to consolidate and rule all the slums of New Laven, the worlds of Hope and Red come crashing together, and their unlikely alliance takes them further than either could have dreamed possible.

Adult Fantasy. Two Kick-ass main characters. A great 'starter' book for introducing the world, it's power plays and bringing together our 'crew' for future books.

To begin with I only kept reading for Hope's side of the story as she grew into a warrior who you wouldn't wan to cross. I read Red's part solely to get to Hope's chapters but somewhere along the way I got invested in Red's story too and found myself wanting to know how he was surviving and growing too. Once the two characters - inevitably in my opinion- met I started to fly through the pages, Hope and Red made such a good team which fit so well into the wider 'crew' which develops by the end of the book.

I really enjoyed Hope and Red's relationship. When I was reading reviews (for the Review Collection I did for this book) there was no mentions of a romance, now I can understand why. There isn't - in a sense - a romance *yet* there are a few romantic thoughts flying about. However, more importantly there is a deep caring and trust between the characters and I think it will be a great base to develop a life long romance. I am totally shipping them to be a unstoppable kick-ass couple in future books, although they have some serious issue to deal with first!

This is an adult fantasy so it is slightly gory (although no worse than Nevernight by Jay Kristoff) and there is crudeness in the language used, but to be honest I had mentally prepared myself for much worse than it was, because of the reviews I had read.

Overall, I really enjoyed this book, I felt as though it was a great world building first book. I look forward to seeing more of the Hope, Red and crew as they continue to fulfil their oaths and agreements, while continuing to cause issues for the emperor and his agents. 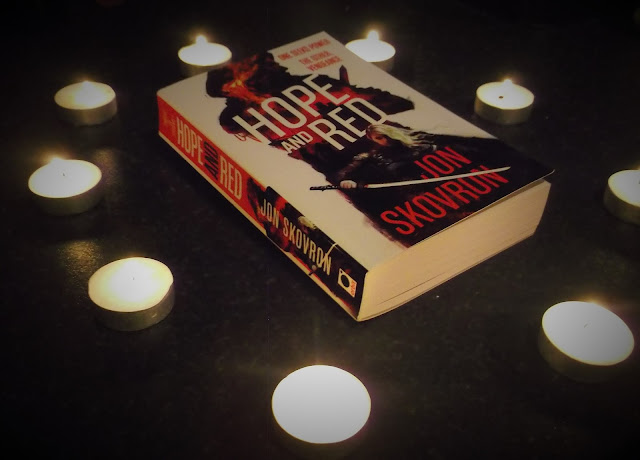