Series Review: Let It Be by Barbara Speak

Arianna Dubray is nothing like the girl she left in Baltimore. Once a Prada shoe wearing, Michael Kors bag carrying, on top of the world seventeen-year-old girl, Arianna knew that her life would never be the same when she got out of the car in middle-of-nowhere Montana.

Canyon Michaels is the keeper of his own dark secrets. Plagued by his family name, he's forced to prove the town wrong and make it on his own.

The last thing Arianna needs is a reason to stay, but with every passing day the decision to leave becomes harder. Once their paths cross nothing can tear them apart, other than the secrets that start to surface and the nightmares that soon become their reality.
Mini - Review
This is a New Adult book which was a mix of Road to Glory and Bluegrass State of Mind but with a younger set of characters. *It was free so I thought I would give it a try*  Our main character -Arianna Dubray - has a wonderful little sister and although she has her 'annoying little girl' moments she is wonderful, and I loved her relationship with both Ari and Canyon.

Canyon was the stereotypical 'dream' country boy on the surface, and what I loved most of all about this book watching the romance between Canyon and Ari develop. As well as heal both of them as they struggled through the many trials that were thrown at them from every angle.

I felt that the mystery of both their pasts was done really well, Ari 'big secret' kept me guessing right up to them moment she finally explained it all. Also as a country music fan, I love reading about some great songs in their 'natural environment'. I really enjoyed this book, and it was a great country romance.
Let It Be Us (Let It Be #2) by Barbara Speak
Add on Goodreads
Buy From: Amazon (UK) || Amazon (US)
Disappointing. Although the first few chapters drew me in, the ending of this book brought my rating for this book down so much for me. The first book was all about Ari and Canyon deal with the more physical threats that came their way, while this book was more of an emotional roller-coaster. It did help me to understand some of the unanswered questions from the first book, and I did enjoy reading about this great couple fighting for their relationship but the ending was sooo rushed one minute the two them were facing another problem, then the quickest solution you  -as the author- could think of and it was over.
My final rating for this book is going to be 2.75 stars I enjoyed the tensions between Ari and Canyon and also seeing her little sister Shelby mature so much though it all. However, I needed more from the end of this book, it would have been nice to see the two of them deal with the revelation and move on and also to see how the new family dynamics played out.

Overall, I would highly recommend the first book in this series but I kind of wished I hadn't read that teaser for book two. There is a third book in this series which follows Shelby story, but it isn't something I am going to check out. Has anyone else read this book? I would love to know your thoughts. 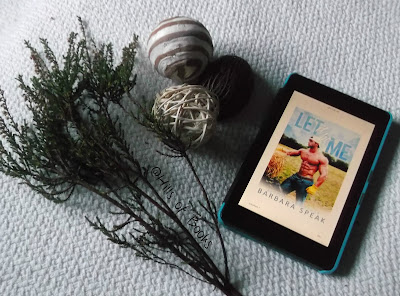