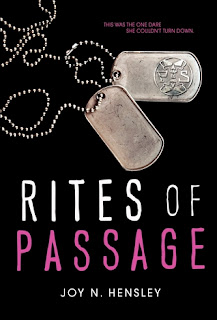 
Sam McKenna’s never turned down a dare. And she's not going to start with the last one her brother gave her before he died.

So Sam joins the first-ever class of girls at the prestigious Denmark Military Academy. She’s expecting push-ups and long runs, rope climbing and mud-crawling. As a military brat, she can handle an obstacle course just as well as the boys. She's even expecting the hostility she gets from some of the cadets who don’t think girls belong there. What she’s not expecting is her fiery attraction to her drill sergeant. But dating is strictly forbidden and Sam won't risk her future, or the dare, on something so petty... no matter how much she wants him.

As Sam struggles to prove herself, she discovers that some of the boys don’t just want her gone—they will stop at nothing to drive her out. When their petty threats turn to brutal hazing, bleeding into every corner of her life, she realizes they are not acting alone. A decades-old secret society is alive and active… and determined to force her out.
At any cost.

Now time's running short. Sam must decide who she can trust... and choosing the wrong person could have deadly consequences.
Add on Goodreads
Published September 9th 2014 by Harper Teen
ISBN13: 9780062295194
Series: Standalone (although I hope not forever!!)
Source: Bought
Review (5 Star)
It has been a few weeks between reading this book and actually writing this review, originally this was because of my lack of time, and then as time passed I realized I didn’t really know how to express to you why I liked this book so much. As you can see I gave this book 5 stars, I loved it so much, but I don’t know how much of that is because the plot of this book is just one of those storyline which I am fascinated with, and how much is because it was a great book. But anyway, here are some of my thoughts on Rites of Passage:
So this book dives straight into Sam’s first day at the Military Academy, she has the weight of a family legacy to live up to, a dare from a dead brother she has to achieve, and an entire gender to represent. I think what strikes me the most about the Military Academy is how harsh it was, I (like Sam) was totally prepared for the physical element (although it is always fascinating to see how far people can be push and how much further they can push themselves physically), however I wasn’t prepared for the harshness of the prejudice against female being allowed into the Military Academy. I was listening the radio just the other day and the current ad for the UK armed forces focuses on “finding where you belong”, and in this book all (apart from one or two) do their upmost to prove to the girls and those higher up in command that Sam and the other girls do not belong.
I was at first a bit confused about the romance side of this book. It mentions in the burb about Sam’s “fiery attraction to her drill sergeant”, however for a good half (?) of the book I didn’t see much of this attraction, Sam is focused on surviving day to day life at the academy, dodging Matthew, finding and losing friendships, and uncovering conspiracies. We do finally get to the romance side of things and I have got to say I loved it, it was the whole teacher, pupil forbidden love which reminded me a bit of the Divergent romance.
I don't know what else I can say about this book other than I loved it, it's amazing, and please go read it, then join me in wishing for a sequel! 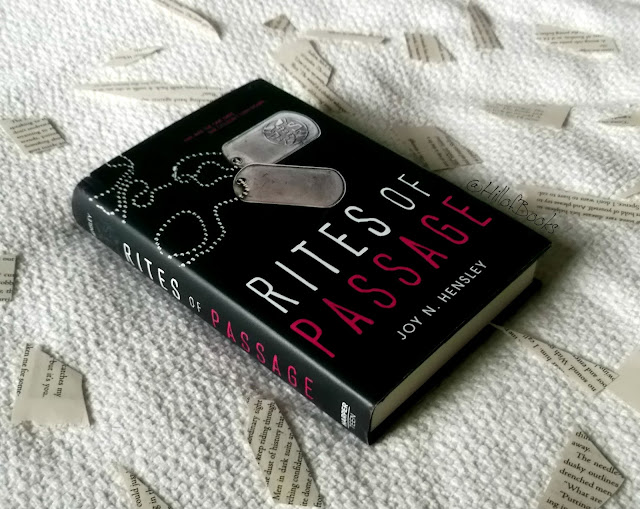