Top Ten Tuesday #9: Books I Enjoyed That Have Under 2000 Ratings On Goodreads

When I first saw the topic for this week I thought I was going to struggle to get ten books to share with you, but when I stared to go through my Goodreads shelf I found quite a few books didn't have as many ratings as I thought they would, for example Ruined by Amy Tintera only has 1708 ratings. So this list is some of -what I think are - the less well know under 2000 rated books and I think I have covered most of the major genres that I read in this list so hopefully there will be something that appeals to most of you, so let me know in the comments below which one of these appeals to you most. (N.B I know that technically Robin: lady of legend shouldn't be on this list but it was so close in the number of ratings, and I remember it being a great book that I just had to add it on to the end of this list.)
*Ratings from my original read of the book and the Goodreads Information was correct as of 21/06/16* 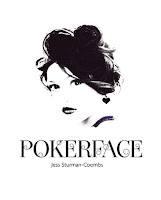 Add on Goodreads
My Rating: 5 Stars
Number of Ratings of Goodreads: 35

Sixteen year old Ruby Palmer is hot, feisty and out of control. She’s also about to walk into the most dangerous and frightening job imaginable; trainee office junior.

Her inability to type and her very bad attitude keep her moving around the firm like a hot potato and eventually she finds herself under the strict rule of Mr Alessi – senior partner and successful criminal lawyer. Ruby soon discovers that Mr Alessi isn’t quite what he seems when she accidently meets two of his very private clients. They come in through the backdoor, out of office hours believing the building to be empty, but Ruby is still there and now she’s seen too much.

All the worst kind of people think Mr Alessi just employed himself an easy target. They intend to bully Ruby into retrieving an incriminating appeal file hidden somewhere in Mr Alessi’s building. What they don’t realise is that Ruby isn’t one to bow down to intimidation or pressure.

She’s quick, she’s clever and she’s about to give them ALL a deadly run for their money.

In 2013, a gate to another world opened, and Elves used their magic to conquer Earth, crushing all resistance before them.

Three hundred years after the Conquest, the exiled Elven High Queen rules an orderly but stagnant Earth, with humanity forced to fight in the High Queen’s war against the traitors on the Elven homeworld.

Fortunately, Nadia has magic of her own, and she’s a very, very good thief.

Unfortunately, the powerful Elven lord Morvilind has a hold on Nadia. If she doesn’t follow his commands, her brother is going to die. 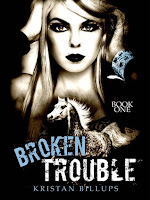 17 year old Nova has one last chance to turn her life around. When the judge gave her an ultimatum of getting herself and her life together or going to prison, she is sent to a Ranch in the middle of nowhere swarming with hot cowboys.
The same Ranch that she had burnt a barn down on that had sent her back to Juvenile detention.
The same cowboys that had almost lost their ranch because of her.

Which life will she choose? The fun but dark life she's been living her entire life or something even better?

At nineteen, Ammey McKeaf is a golden-haired beauty that is beloved and protected, not only by her father, the most revered General in Azulland, but also by five elder brothers, all champions of the games that are held in the medieval island country. Her brothers have trained and challenged her all of her life, especially at swordsmanship, which will serve her well.

Trouble stirs when Marko Corin, the ambitious leader of Bellux-Abry, seeks to gain control of the country. His small bands of highly trained soldiers, known as ‘wolf packs,’ roam the country, reaping destruction and death. When a pack strikes close to the Forge, home to the McKeafs, Ammey is escorted to sanctuary -- but sanctuary is a thing of the past.

As violence reigns, Ammey is rescued and taken into the mystical Vihlae Forest, where she discovers strength she did not know she possessed, and learns the art of survival from one of her rescuers, sparking an undeniable passion. As Ammey travels from one end of Azulland to the other, battling to survive and protect those around her, she will be tried and tested beyond anything she could have imagined, but will her efforts be enough to save herself and those she loves?

When a modern-day woman finds herself stranded in a medieval world, an attractive outlaw offers her protection in the role of his 'wife', and promises to help her find a way back home. Until then, Martha must attempt to fit into medieval society, avoid the Evil Earl and his minions, and learn how to trust her heart again.

Shadows of the Ancients by Christine M. Butler

No one ever questions the pairings their pack-master chooses for them. No one, except Jessica St. Marks, who can't stand the thought of being bonded for life to Zach Brighton, douchebag extraordinaire.

Jessica plans a night out with her human friend, Ashley, to have a little fun before she's forced to settle for the loser her pack has chosen to be her mate. Little does she know, her fate is about to change when she runs into a mystery wolf who takes her breath away, and marks her as his own.

Evan De'Lune may be new and exciting, but he has secrets that threaten to not only put Jessica's life in danger, but his ability to keep his claim on her as well!

Colour Me Grey by J.C. Phelps

HELP WANTED - Person wanted with specialized training. Exciting and highly paid position... Meet Alexis Stanton, a 5'4" petite young woman with a yen for adventure. She grew up as a tomboy wishing she could have all the adventures boys could have. She has since decided that being a boy instead of a girl has it's advantages, but being a woman is much better. Raised in a family with money, she was able to pick and choose her education. She had been schooled in everything from being a lady to courses with Special Forces instructors. Her desire for adventure and her boredom with her current employment make her answer a strange 'HELP WANTED' ad. She finds that job she could "just die for..". and it looks like she just might!

Kristia Tostenson prefers Earl Grey to Grey Goose and book clubs to nightclubs. But when she transfers from her one-stoplight Oregon town to Cardiff University in Wales, she falls in love with Ull Myhr. Her new boyfriend isn’t exactly what she was expecting. His cashmere sweaters and old world charm mask a warrior who's spent an eternity fighting for his very existence. Ull is an honest-to-goodness Norse god — an immortal assassin fated to die at Ragnarok, the battle destined to destroy Asgard and Earth. On top of being marked for death, Asgardian law prohibits Ull from tying his fate to a mortal. No matter what she feels for Ull, Kristia knows she's the one thing he can never have.

With Ragnarok on the horizon and a lunatic haunting her dreams, Kristia has to find a way to convince Ull that breaking the rules is the only way to survive; that defying the order he's sworn to uphold is their only chance to be together. And when someone starts asking the wrong questions, Kristia realizes the crazy visions she's had all her life might be the key to saving their realms... even if they end up costing her her life.

Reality is only an illusion.
Except for those who can control it…
Worst. Birthday. Ever.

.Beloved of her father, King Dacian, and adored by her people, the Scarlet Princess Monet endeavored to serve her kingdom well—for the people of the Kingdom of Karvana were good, and worthy of service.
Long Monet had known that even her marriage would serve her people. Her husband would be chosen for her—for this was the way of royal existence. Still, as any woman does—peasant or princess—Monet dreamt of owning true love—of owning choice in love. Thus, each time the raven-haired, sapphire-eyed, Crimson Knight of Karvana rode near, Monet knew regret—for in secret, she loved him—and she could not choose him.
As an arrogant king from another kingdom began to wage war against Karvana, Karvana's king, knights and soldiers answered the challenge. The Princess Monet would also know battle. As the Crimson Knight battled with armor and blade—so the Scarlet Princess would battle in sacrifice and with secrets held. Thus, when the charge was given to preserve the heart of Karvana, Monet endeavored to serve her kingdom and forget her secreted love. Yet, love is not so easily forgotten

What if Robin Hood wasn't the man you thought him to be—what if he wasn't a man at all?

Robin of Locksley is young, headstrong, and about to receive the worst birthday present of her life. Still struggling to define herself in a society that believes women are fit for little more than governing a household and bearing children, she balks at her father's plans for her future, but the consequences of her rebellion prove deadly. Hunted by both her father and the Sheriff, Robin is forced to hide her identity and seek refuge as an outlaw in Sherwood Forest.

Disguised as a lad for protection, Robin maintains a careful isolation from the world around her...until she chances upon a young boy being beaten to death by the Sheriff's soldiers. Her rescue of the youth marks the beginning of her leadership in Sherwood forest and of the unfortunates who seek refuge therein. Robin's endeavors to provide a life of honor and purpose for her people while aiding the land's downtrodden win her high esteem, but enrage the Sheriff of Nottingham, who plots a deadly fate for her and her band.

As the Sheriff's traps close in around her and assassins seek to bring her down, Robin must risk losing love, leadership, and life if she is to save her people and fulfill her destiny as one of history's greatest heroes.

Alive with adventure and danger, sword fights and heists, hatred and love, Robin: Lady of Legend is the never-before-told tale of the girl who became Robin Hood.
﻿
by hills of books