I know I am bit early with my featured book post this month - I am finally getting on top of my posts yey!! - but I have a 'undiscovered' (or at least less well known) gem of a trilogy to share with you today. 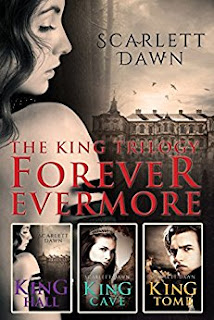 King Hall — where the Mysticals go to learn their craft, get their degrees, and transition into adulthood. And where four new Rulers will rise and meet their destinies.

Lily Ruckler is adept at one thing:  survival.  Born a Mystical hybrid, her mere existence is forbidden, but her nightmare is only about to start. Fluke, happenstance, and a deep personal loss finds Lily deeply entrenched with those who would destroy her simply for existing — The Mystical Kings.  Being named future Queen of the Shifters shoves Lily into the spotlight, making her one of the most visible Mysticals in the world. But with risk comes a certain solace — her burgeoning friendships with the other three Prodigies: a wicked Vampire, a wild-child Mage, and a playboy Elemental. Backed by their faith and trust, Lily begins to relax into her new life.

Then chaos erupts as the fragile peace between Commoners and Mysticals is broken, and suddenly Lily realises the greatest threat was never from within, and her fear takes on a new name: the revolution.
Add on Goodreads
Buy from Amazon (UK)
Review (4.5 Stars)
This series wasn't all what I was expecting what I first pressed the sample of King Hall, but wow it hooked me quickly. I then speeded off and bought the boxset (it was the same price as the first book on kindle at the time so I thought 'why not') and I am so glad I bought the whole trilogy. I was surprised how early on I got attached to the characters and how likeable they were. I loved the connection and interactions between Dominic and Lily they are such a great couple (as I saw in someone else review on Goodreads, it would be great to get a prequel about these two). It did take me a wee while to clock the different supernatural groups, and I was a bit confused to begin with about which king was which, but as they featured more and more it became easier to differentiate. I adored the open and deep friendship that the four protégées form and also the way that the two generations of rulers interacted (especially in the first book).

The first book was amazing - 5 star read -, just loved the school/training setting, as these four teenagers deal with their emotional, psychological and physical trials that comes with being the next ruler of a supernatural species. This first book ends with dramatic disaster which leads into book two which is full of one issue after another, yet is also full of romance and personal turbulence as the threat of all our war looms.

The final book in this trilogy -King Tomb- was the disappointment for me. After such a dramatic turn of events at the end of the second book I dived straight into this one. I did enjoy the third book for about half of it, I loved seeing how the characters had changed after the event in book two, (and there is always that anticipation as the reader of the 'big reveal', when you know something that the characters don't). Unfortunately, however, the final part of book just felt rushed and it left me so many unanswered questions and missing scenes I had been anticipating reading -it was such a shame.

Yet despite the ending, this new adult series was still a great trilogy following the next group of supernatural rulers as they come into there individual powers and strengths while under the threat of war. There friendship and the lengths they'd go for each other is such a inspiration, as they fight not only their enemies but also prejudices and their own fears and doubts. 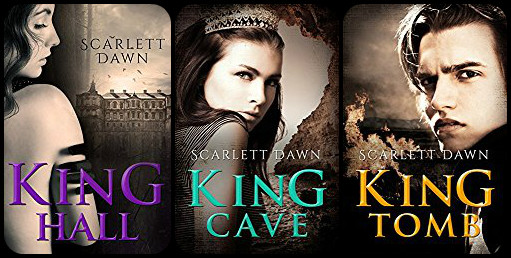