The Kiss of Deception (The Remnant Chronicles #1) by Mary E. Pearson

A princess must find her place in a reborn world.
She flees on her wedding day.
She steals ancient documents from the Chancellor's secret collection.
She is pursued by bounty hunters sent by her own father.
She is Princess Lia, seventeen, First Daughter of the House of Morrighan.
The Kingdom of Morrighan is steeped in tradition and the stories of a bygone world, but some traditions Lia can't abide. Like having to marry someone she's never met to secure a political alliance.
Fed up and ready for a new life, Lia flees to a distant village on the morning of her wedding. She settles in among the common folk, intrigued when two mysterious and handsome strangers arrive—and unaware that one is the jilted prince and the other an assassin sent to kill her. Deceptions swirl and Lia finds herself on the brink of unlocking perilous secrets—secrets that may unravel her world—even as she feels herself falling in love.

A great fantasy romance novel.
The first thing that I have to mention is Pearson's writing style is so amazing and the way that this book is written was clever and something that I have never seen before.

Basically the book is mainly taken from Lia's point of view but there is a few chapters where we can see that one of the boys she meets is an assassin and the other a Prince but we are unaware which is which. This makes the book feel a bit mysterious as I found myself judging the boys every move to work out who was who.

Such a great read with a lot of world and character building taking place. Looks like this could turn out to be an amazing series. 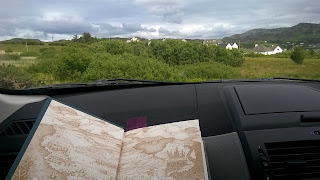