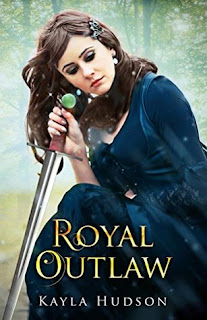 
Mariel was born royal, but has spent most of her life as an outlaw, working for the Resistance—an underground organization attempting to overthrow Natric’s corrupt monarchs. When the royal grandparents who left her for dead long ago offer her the future crown, she declines, but when they threaten the life of her commoner father she is left with an impossible choice: become something she hates or watch her father die.

As Mariel fights against the new responsibilities and expectations that confine her, forgotten memories of her mother’s murder threaten her sanity and a creature who hunted her as a child returns to finish off his prey. Mariel quickly discovers that she may be a master sword-fighter, but not all enemies can be defeated with a mere blade . . .
Add on Goodreads
Buy from Amazon
Source: kindle unlimited
My Review
(4 Stars)
So I have to admit that I pick up (or more accurately downloaded) Royal Outlaw because from the title and the cover it looked a bit like a Robin Hood like re-telling with a female heroine. Although there are similarities with Mariel being born into royalty but now lives as part of the resistance as a outlaw and thief, I would recommend going into this book from more a fantasy expectation. Otherwise your (like myself) will be surprised my the magicians, the snake-shifters, unicorns and other non-human creatures.

Despite my self-made confusion, I still really enjoyed this book. Mariel was a great character a kick-ass heroine, with sword swinging skills and lock-picking ability as well as being well educated and intelligent. It has interesting and sometimes funny as she is thrown into the life of an upper-class lady, my, my the trouble she can get herself into! However, my favourite character by far has to be James, the air of mystery as well as caring and protect nature - just love him. I would have liked to see more of Mariel's father, from the few scenes we get with him it seems like they have a good relationship but it would have been good to see more interactions between them. I would have also liked to see more of zreshlans, but I am guessing we will get to see more of them in the sequels.

Apart from the characters, the main plot drive and what keep me turning the pages has to be Mariel's memory loss and the mysterious assassin which she can't remember. I don't want to go into this part of the plot as it is the mystery of the unmemorable horror which kept me reading.

Royal Outlaw was a bit different from what I was expecting but a great read. I enjoyed watching our kickass outlaw heroine as she is thrown into the royal life, her attempts to be dismissed as heir and discovering her forgotten past, all while under the threat from a childhood assassin. 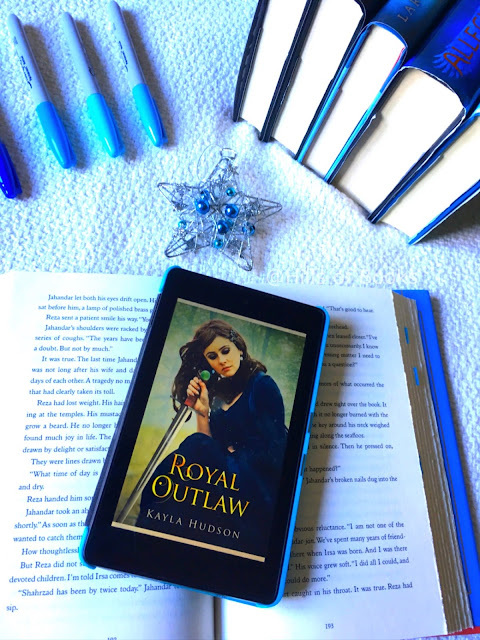