BOOK REVIEW: There's Someone Inside Your House by Stephanie Perkins 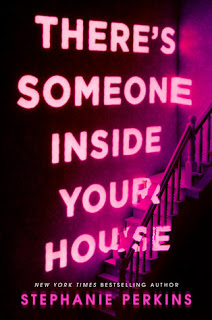 Makani Young thought she'd left her dark past behind her in Hawaii, settling in with her grandmother in landlocked Nebraska. She's found new friends and has even started to fall for mysterious outsider Ollie Larsson. But her past isn't far behind.

Then, one by one, the students of Osborne Hugh begin to die in a series f gruesome murders, each with increasingly grotesque flair. As the terror grows closer and her feelings for Ollie intensify, Makani is forced to confront her own dark secrets.
Add on Goodreads
Source: Bought from Waterstones
My Review
4.5 Stars


It's the end of Halloween week and Bonfire's Night today so I hope everyone has been enjoying their fortnight of parties. I don't really celebrate Halloween -had a night in front of  back to back Adam's Family films instead- but I decided that this year to would read a scary book (at least compared to ones I normally read), and I saw this YA horror everywhere on Friday the 13th so decided I would make it my Halloween read this year, after all it is written by a contemporary romance author and it is YA so I figured it wouldn't be overly petrifying or gory. Anyway, I started late on the 31st and finished it the next day and here is what I thought about it:
I have to admit the first chapter confused me, the main character Makani wasn't mentioned at all, it was the kind of confusing I normally get from a prologue not a first chapter. However, this first chapter does an amazing job of introducing the kind of book you are getting into, spooky and mysterious, full of anticipation and - of course - murder.
We get introduced to Makani in the second chapter, and at times in about the first half you could almost forget that you were reading a horror. You can see the authors contemporary romance roots as it focuses on the buddy romance and the day to day life of a student in a small town. However, there was this undercurrent of fear, and I loved the way that the development and spreading of rumours was portrayed, as the student body theorised and speculated on who the murderer could be. As the reader I was analysing everyone, suspecting every comment and thought, and dreaming up what 'dark secrets' Makani might have tried to leave behind.

"There we rumors about everyone. Makani knew better than to believe any of them outright. Rumours, even the true ones, never told the complete story" -  Page 10


There is a 'natural' acceleration of the murders, which left me turning the pages to see who from the Osborn student population would actually survive. I think it was this anticipation which make this book so great in my eyes, firstly because we get to see the murders from the victim POV you begin to see a 'trade mark' and you know when a murder is coming. Also there is the anticipation to know who the next victim is, and then of course who, the murderer is! I liked that at the end we got a bit of hint as the motives behind the killings but no definitive explanations.
This book was the perfect YA horror story and was exactly what I was looking for. Stephanie Perkins, has created a book which somehow mixed  a story of teen romance with a hunt for a serial killer. It has the great measure of a creepy, mysterious, murderer on the loose, while also, allowing the readier to put the book down and sleep at night. But also making them want to reach for it the moment they wake to find out what going to happen next. Can't rave about this book enough, highly recommended. I would love a sequel or even a epilogue novella, as I would to see how Osborn picks itself up after the loss of so many of it's residents, and to see how the survivors cope with the direct aftermath, and the last it effect it has on their lives. 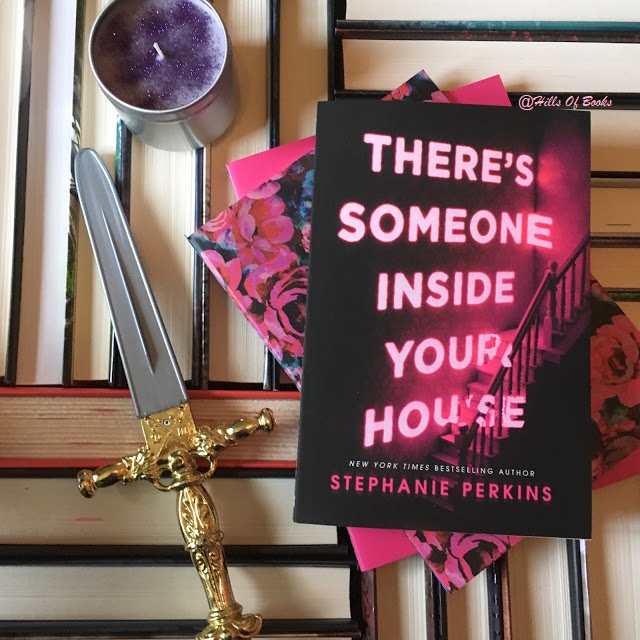