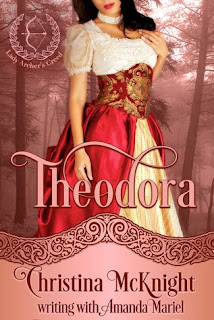 Lady Theodora Montgomery departed Miss Emmeline’s School of Education and Decorum for Ladies of Outstanding Quality to attend her first London Season—her three dearest friends by her side. With her sharp wit and skill on the archery field, Theo is far more interested in winning a large purse prize than securing a husband. But when she is unmasked on the tourney grounds, her face exposed to all, she fears her identity and days spent gallivanting around London will cause not only her undoing, but the downfall of her friends as well.

Mr. Alistair Price, heir to the elderly Viscount Melton, arrived in London with his eight younger siblings in tow. He is charged with keeping his family name above reproach until the Season starts and his sister, Miss Adeline Price, is presented to society—though that proves far more difficult than Alistair ever expected when he discovers his rebellious sister climbing down the side of their townhouse and scurrying off to Whitechapel for an archery tournament. His focus remains on saving his family from the certain ruin and disgrace Adeline’s actions invited—until Alistair catches sight of another female archer, her arrow connecting with far more than the center of her target.

And honor above all…

With Theodora’s future—and that of her friends—in jeopardy, will she agree to a marriage devoid of affection, or risk everything for the man who won her heart?
Add on Goodreads
Buy from Amazon (UK) || Amazon (US)
Published January 17th 2017
Source: I received a copy via Netgalley

Although I loved the sound of this book, with it's almost female Robin Hood idea (without the whole outlaws side). However, this book didn't wow me at all, and I didn't feel any Robin Hood vibes when I sat down to read it.

I felt as though it was a pretty straight forward storyline with just the one slight twist in it. The main focus throughout the book has to have been the romance, which in itself was a bit too insta-love for me. The group of friends were such an odd bunch, though it was nice to see the different personalities - although Adeline really could be a bit too arrogant and bitchy for me to like her - in the same friendship group - it made me think of the random mix of people that somehow become friends when put in a room together for long enough.

I think the main thing which enjoyed about the book were the few scenes that we get see Theo and her brother interact. Her brother was one of my favourite characters, in the way in which her encourages Theo to become the woman she wants to be, study what she wishes, and go where she desires. All the while fending off their mothers forceful hand and looking out for her without smothering her at all, he is such a contrast to all the other men we read about in this book.

An enjoyable quick story, but I didn't feel it was a unique or partially exciting read. 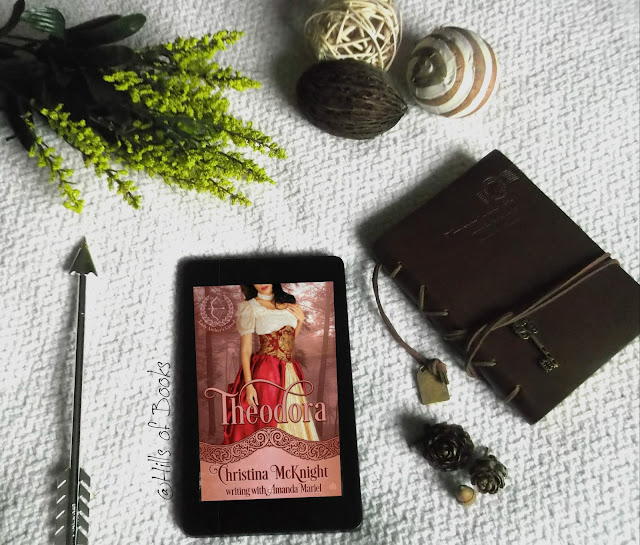