New year and New style of wrap-up. Meaning that wrap-ups will no longer be just a list of the books I have read, but it will hopefully be slightly more interesting- any feedback is always appreciated. Another mixed month, a few good fantasy reads, some surprises, and quite a few re-reads, so lets get into it:

I had several five star reads this month but Burying Water by K.A. Tucker, was a book which I haven't seen too many people talk about. I was surprised at how good this book was, as it isn't my normal YA fantasy genre. 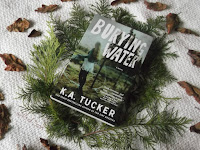 Mini Review
This book was just an amazing read, what enjoyed the most was the mystery of Water's history, and trying to guess the events which lead up to her memory loss, slowly discovering clues, while also waiting for her to grasp hold of those memories she had shut out.
(See full review here) 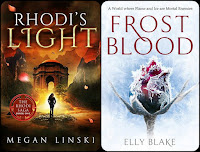 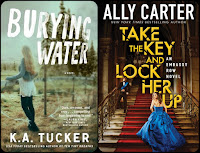 I am currently reading several books I am still in the process of re-reading the Mercy Thompson series, but I am also slowly plodding through Bullet Catcher by Joaquin Lowe. 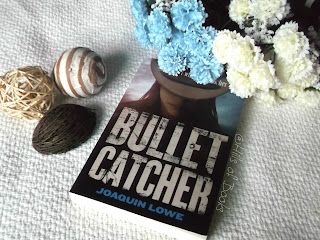 Synopsis From Goodreads
In the small town of Sand, populated by gunslingers and surrounded by endless desert, Imma washes dishes and grieves for a life she never had. She and her brother, Nikko, dreamed of escaping to become bullet catchers, a legendary band of outlaws who can deflect bullets with their hands. But they were wiped out years ago, Nikko with them. And leaving is impossible when walking into the desert means certain death.

When she sees a stranger catch a man's bullet and turn it back on him, Imma knows it can only mean one thing: the bullet catchers live on, and this is her way out.

Determined to follow him, Imma starts a journey that will take her to her physical extremes and force her to question just what family means and who she really is: bullet catcher or gunslinger; hero or monster.

So Wattpad can be hit or miss when it comes to finding good stories which really grab my attention. This month I read only a few Wattpad stories and out of those this is the one (find the story here)which stood out for me, and I enjoyed it more than some of the publish work I have read this month! 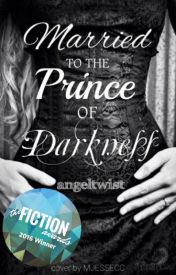 Synopsis from Wattpad
Amelia Hayden is busy senior at college with no time for boys, parties or fun. This all changes one Halloween night after she accidentally finds herself at the center of a cruel prank that sees her being offered up to the local legend, the Prince of Darkness, as his virginal bride. Believing the urban myth to be untrue Mia sets out to disprove it but is surprised when the Prince of Darkness turns up to claim his bride.

Mia unexpectedly finds herself married to the handsome and mysterious  Prince Luc. As Mia comes to terms with her new husband and martial vampire lifestyle she soon discovers that turning into a vampire has given her an unsettling ability to see the dead. When Mia starts seeing the ghost of her murdered sister-in-law, she begins a journey to uncover the truth about her murder and the dark secrets of Luc's past.

I would love to know what you got up to in January, leave a link to your Jan Wrap-up in the comments below and/or tell me your best read of January 2017.
by hills of books