Bookish Thoughts #5 - Have I See That Cover Before? 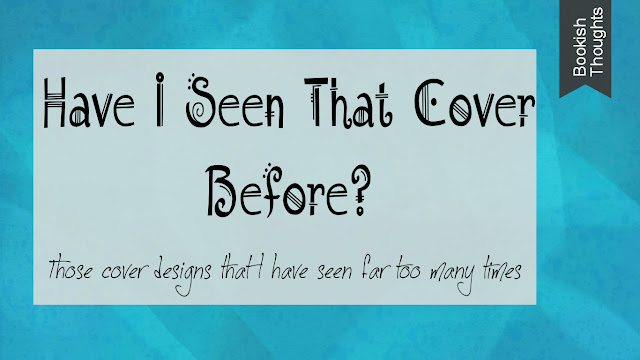 There are certain covers which the style/design of I have seen on a uncountable number of books, and today I thought I would share some of more popular styles/designs which I have been coming across recently.

This design -with a person posing with their weapon- is one of my favourite ones from the selection I am going to talk about today. I have found that that this design is usually Fantasy books and Urban Fantasy books, with a kick ass main character. This cover design is one I have a lot on my shelves as I love a good kick-ass fantasy.

I feel as though this style is similar to 'The Fantasy Warrior Action Shot' style but with magic rather an weapons. I have seen this occasionally in urban fantasy but is popular in Fantasy.

This 'feature' is one that is used so much across all genres of books, advertising and media, so I guess it is not overly surprising I see this on a lot of books. I however personally have an issue with this 'image' because, well I live in the Highlands of Scotland and this kind of light breeze doesn't happen much. Out of the book covers above Flying Blind and The Pledge are slightly realistic with their hair right in the middle of their faces so they can't see!!

I have read my share of werewolf novels but this style of cover is one I have seen FAR TOO MANY TIMES. Often I feel as though this kind of cover tells me too much about the books, as often the characters are clueless to the supernatural world to start with but because of the cover, I know that werewolves are going to appear (spoiler or what?)!

Depending on the dress but I think this style can create a beautiful book cover. I also like that it is a diverse style and can be used for so many different plot lines and genres.

This style of cover that I only can across recently. I kept seeing lots of book recommended to me with this glowing background on amazon, and originally I thought they were all from one series. However, apparently it seems to be a relatively popular Urban Fantasy book cover style and there are lots of different series with this feature!
***

Have you noticed any reoccurring book cover themes recently? I would love to know tell me in the comments below.