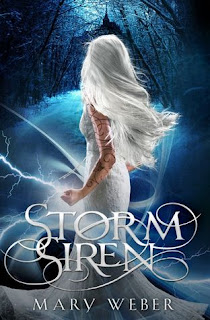 
“I raise my chin as the buyers stare. Yes. Look. You don’t want me. Because, eventually, accidentally, I will destroy you.”

In a world at war, a slave girl’s lethal curse could become one kingdom’s weapon of salvation. If the curse—and the girl—can be controlled.

As a slave in the war-weary kingdom of Faelen, seventeen-year-old Nym isn’t merely devoid of rights, her Elemental kind are only born male and always killed at birth — meaning, she shouldn’t even exist.

Standing on the auction block beneath smoke-drenched mountains, Nym faces her fifteenth sell. But when her hood is removed and her storm-summoning killing curse revealed, Nym is snatched up by a court advisor and given a choice: be trained as the weapon Faelen needs to win the war, or be killed.

Choosing the former, Nym is unleashed into a world of politics, bizarre parties, and rumors of an evil more sinister than she’s being prepared to fight . . . not to mention the handsome trainer whose dark secrets lie behind a mysterious ability to calm every lightning strike she summons.
Add on Goodreads
Published: August 19th 2014 by Thomas Nelson / HarperCollins
ISBN13: 9781401690342
Series: The Storm Siren Trilogy #1
Source: Bought
Review (4 Stars)
This book has sparked my love for fast YA fantasy again, recently I have been hooked on urban fantasy and new adult romances. However, I flew through Strom Siren in one day and have quickly gone to Amazon to order the next one. I've had my eye on this series for a while but have only just picked it up. Initially it was the cover's which drew me to this series, but after reading the synopsis and several raving reviews I knew I had to give it a try.
I loved the open scenes of this book, it was a great way of introducing serval aspects of this fantasy world. Firstly, it emphasises the distinct classes, both between slave and master as then also between the 'normal' people and elementals, as well as introducing the main characters big heart for the oppressed and the untrained state of her powers.
I have to admit there was a section in the middle of the book where I just felt as thought the plot had become a bit static. I think this section was meant for the development of the character relationships (and elemental skills) but I would have liked I bit more political intrigue while this was happening. Mainly because once the everything explodes during the last part of the book, I felt a bit unsure of the world political make up (i.e who was allied with who). Yet, despite this I did grasp the basics of this as all the action went down. During this middle section I think there was mean to be a bit of romantic 'tension' but I wasn't really feeling that either.
This last part of the book is what made this book so good, so many unseen surprises, and out right shocking twists and turns, and such a cliff hanger!!! 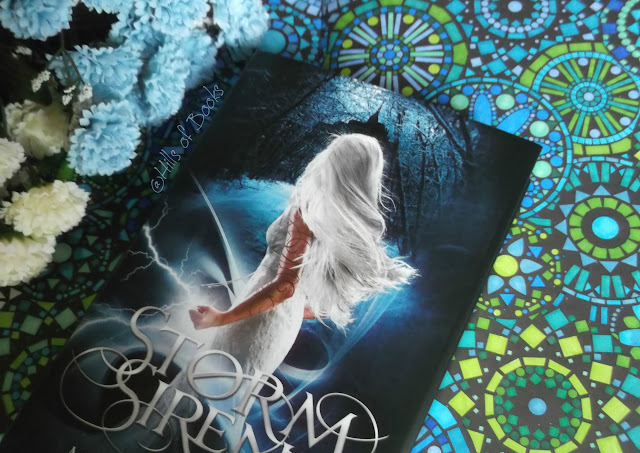