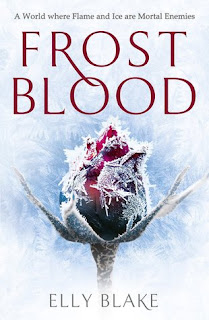 Synopsis From Goodreads
In a land governed by the cruel Frostblood ruling class, seventeen-year-old Ruby is a Fireblood who has spent most of her life hiding her ability to manipulate heat and light - until the day the soldiers come to raid her village and kill her mother. Ruby vows revenge on the tyrannous Frost King responsible for the massacre of her people.

But Ruby's powers are unpredictable...and so are the feelings she has for Arcus, the scarred, mysterious Frostblood warrior who shares her goal to kill the Frost King, albeit for his own reasons. When Ruby is captured by the Frost King's men, she's taken right into the heart of the enemy. Now she only has one chance to destroy the maniacal ruler who took everything from her - and in doing so, she must unleash the powers she's spent her whole life withholding.

Frostblood is set in world where flame and ice are mortal enemies - but together create a power that could change everything.
Add on Goodreads
Published January 12th 2017 by Hodder and Stoughton
ISBN13: 9781473635173
Series: Frostblood Saga Book One
Source: Received an ARC copy in Fairyloot box.

I was lucky enough to get a ARC copy of this book in a Fairyloot box a while ago, although I loved the sound of this book I put off reading it. From the synopsis I though it sounded a bit too much like the Snow Like Ashes, but the story and world are completely different.
The first chapter did very well in portraying the strong mother/daughter relationship. With Rudy's mother worrying about her daughter, fearing the consequences of her powers. Alongside Rudy wanting to be able to grow this power to enable her to protect them both. It really shows the love they have for each other in this chapter as they strive to protect each other in their separate ways.
I enjoyed the growing relationship between Arcus and Ruby. It was fun to watch them rub each other up the wrong way. There were also certain scenes which really highlighted how the hate of a race can be drilled into a population by fear. Blake does a great job of creating clean romantic scenes which are also descriptive and intense. I really enjoyed the pacing of the first part of the book, it was a nice mix of dramatic, life threatening action, characters development and relationship building.
The second half of the book slightly took me by surprise, as the 'feel' of the story totally changes. It changes from following a girl on the run, to more political manoeuvring, with gladiators/ Roman style arena battles, and "Once Upon a Time" (the TV series - Season 4/5) style darkness.
The pace quickens in this second part with much more constant action. Like all good fantasy books there is a big show down with some major twists along the way. However there wasn't an evil cliff hanger - something I have come to expect with current YA fantasy - although not a completely rounded ending it was the perfect place to end the book. 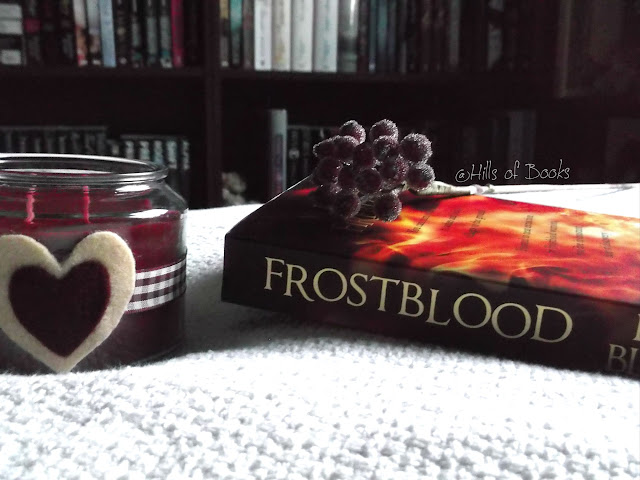