October, saw me come out for my reading slump. *celebrate!!!* There still isn't quite as many books as normal to talk about today, but certainly more than last month. I have decided that this month to do a *very* mini-review for each book rather than just giving the books a star rating. If you prefer this way of wrapping up my months books I would love to know. So let get started:

Hope and Red (Empire of Storms #1) by Jon Skovrun

Add on Goodreads
4 Stars
Adult Fantasy. Two Kick-ass main characters. A great 'starter' book for introducing the world, it's power plays and bringing together our 'crew' for future books.
(To read more of my thoughts, read my full review)

Empire of Storms (Throne of Glass #6) by Sarah J. Maas

Add on Goodreads
4 Stars
I have mixed feeling about this book, this series is one of my favourite and I love all of Sarah J. Maas' work. However, I felt a bit disconnected with the story this time. I loved the first few hundred pages and the last hundred pages was explosive, and I couldn't put it down, however the middle part (a bit like ACOMAF) just dragged in my opinion.

The Star-Touched Queen by Roshani Chokshi

Add on Goodreads
3.75 Stars
I picked this book up because of the huge amount of hype surround this book, unfortunately I didn't love it as much as I was hoping. The first part was wonderful and magical but I didn't enjoy the second part, hence the mediocre final rating.
(I shall hopefully find time to write a full review for this book later in the month. So if you interested in reading my full thoughts on it keep your eye out for that.)

Add on Goodreads
4 Stars
This is a New Adult book which was a mix of Road to Glory and Bluegrass State of Mind but with a younger set of characters. *It was free so I thought I would give it a try* I really enjoyed this book, and it was a great country romance.
(To read more of my thoughts, read my full review)

Add on Goodreads
2.75 Stars
Disappointing. Although the first few chapters drew me in, the ending of this book brought my rating for this book down so much for me.
(To read more of my thoughts, read my full review)

Add on Goodreads
4 Star (re-read)
I wasn't as ensnared by the book so much as the first read as I knew the 'big secrets' which were going to be revealed in the second book. I felt as though I was just waiting for the reveals rather than just enjoying this book.
(See my original thoughts in my full review)

Add on Goodreads
5 Stars (re-read)
This book was amazing the second time, the ending was just as heart-breaking as the first time I read it, even thought I knew what was coming.
(See my original thoughts in my full review)

Owned by the Mob by Ashley Hall

Add on Goodreads
3.5 Stars
This was a New Adult/ Adult romance, it was predictable and I would have liked it to be slightly longer. Although it was a nice quick trashy romance. 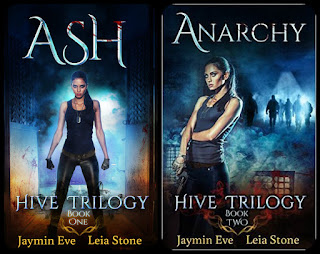 Add on Goodreads
4 Star (re-read)
I love plots where women are thrown into an all male situation. It also kind of gives off the 'divergent' vibe but with vampires!

Add on Goodreads
3.75 Stars
This wasn't really what I was expecting, for the title I was expecting a bit more chaos and... well.. anarchy. Instead it felt it was just the main characters finding a load of enemies. I enjoyed the book, we still get to follows our great characters from the first book. I felt as though this one was really just setting the scene for book three.

Did you read any of the same books as me this month? I would love to heard your thoughts on these book too, let me know them in the comments below.
﻿
by hills of books